Rep. Hammond agrees with President on Need to End Gerrymandering in Illinois 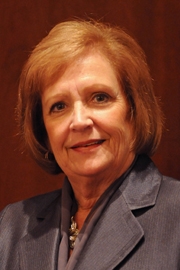 “It was historic to have the sitting President address the Illinois General Assembly, but it will be all the more historic if we take up his call to change the way we draw political maps in Illinois. We must end the practice of politicians picking their voters instead of voters picking their politicians,” said Hammond from Springfield. “Without a doubt, this rare and momentous speech by a sitting President to the Illinois House helped to draw attention to the need to address this issue now and finally change the way reapportionment is handled in our State,” Hammond continued. The President, during his often candid remarks at the State Capitol, discussed how the mutual respect he experienced while serving in Springfield gave us, “room for progress.”

Rep. Hammond noted that no issue seems to attract more bipartisan agreement than redistricting reform in Illinois and stated now is the time to, “seize that opportunity to make room for progress on this important issue.” Hammond encouraged residents of the 93rd district to contact her with questions or concerns on this or any other state issue.

Hammond’s Macomb district office can be contacted at (309) 836-2707 and she can be reached via e-mail at rephammond@macomb.com. Constituents can also visit her legislative website at www.norinehammond.org to sign up for her electronic newsletter.