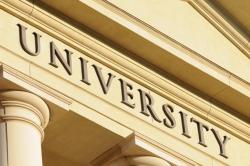 SPRINGFIELD – On the heels of a bipartisan compromise that created a $700 million stopgap measure for higher education, State Rep. Norine Hammond (R-Macomb) again stood against an unfunded subsequent proposal which sought to allocate $227 million towards MAP Grants for higher education.

“Unlike the previous compromise legislation for higher education funding, House Bill 4167 did not contain a revenue stream and is yet another attempt by the majority party to sideline the process of thoughtful compromise that has recently been in practice in the Illinois General Assembly,” said Rep. Hammond on Tuesday from Springfield.

“While I support more funding for MAP grants, this is again another movement that would benefit many private and for-profit institutions, without funding for operation expenses at our four-year universities and community and colleges,” continued Rep. Hammond.  “The higher education budget needs to include appropriations for operations at our four-year universities, community colleges, as well as MAP Grants.”

Rep. Hammond has supported a number of bills this spring to fund Higher Education, each with designated funding sources. The latest proposal was passed to fund state universities through August, utilizing approximately $600 million remaining in the EAF at the end of the fiscal year on June 30. Further, the proposal provided stopgap MAP grant funding to help keep students of limited means at Illinois community colleges and state universities, in addition to over $74 million in direct funding to community colleges and more than $15 million in operational funding to Western Illinois University as well as over $5 million in funding to WIU MAP grant recipients.

Hammond has also been working as a member of the bipartisan, bicameral Budget Working Group, which has put aside their partisan ideology and proposed a menu of cost-savings and revenue increases as a pathway toward fiscal solvency for full-year FY 16 and FY17 state budgets.