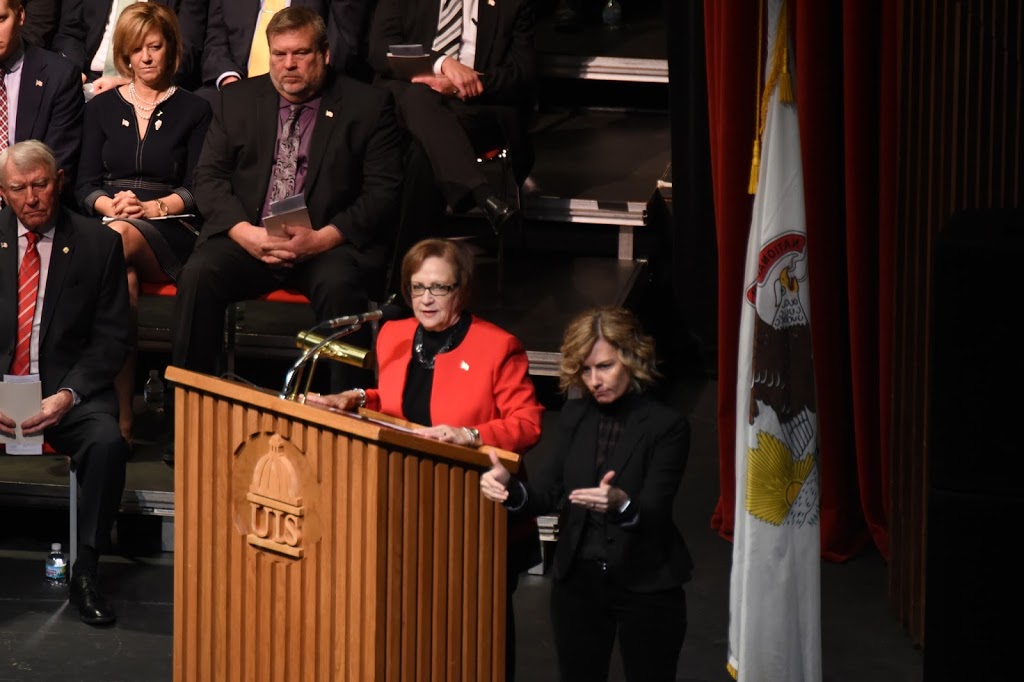 MACOMB – Rep. Norine Hammond (R-Macomb) was sworn in to her fifth term in the Illinois House of Representatives on Wednesday during the inaugural of the historic 100thGeneral Assembly held at the University of Illinois-Springfield’s Sangamon Auditorium.

Pledging to continue to try to bring disparate parties together toward compromise to move our state forward.  “The inauguration is always an opportunity to start anew and our state government certainly needs to start anew.  I hope that all parties can set aside the past differences and get down to business to make Illinois citizens proud as we approach the 200th anniversary of statehood next year,” said Hammond.

Hammond was one of only a handful of speakers at the Inauguration, wherein she nominated Leader Jim Durkin to serve as Speaker of the House over current Speaker Michael Madigan.  Hammond, in her nomination speech, lauded Durkin as the Speaker Illinois deserves, “When the debate was raging about higher education funding and it became apparent that some on the other side would have rather stalled than getting the job done, Leader Durkin personally interceded and pulled in democrat lawmakers to get the job done… Leader Durkin has shown incredible prowess in building consensus both among his colleagues on this side of the aisle as well as our colleagues on the other side of the aisle.  Further he does so in a respectful manner.”

Hammond encouraged residents of the 93rd district to contact her with questions or concerns on this or any other state issue. Hammond’s Macomb district office can be contacted at (309) 836-2707 and she can be reached via e-mail at rephammond@macomb.com. Constituents can also visit her legislative website at www.norinehammond.org to sign up for her electronic newsletter.XX   Hammond represents all or part of Brown, Cass, and Fulton, Knox, Mason, McDonough, Schuyler and Warren counties.