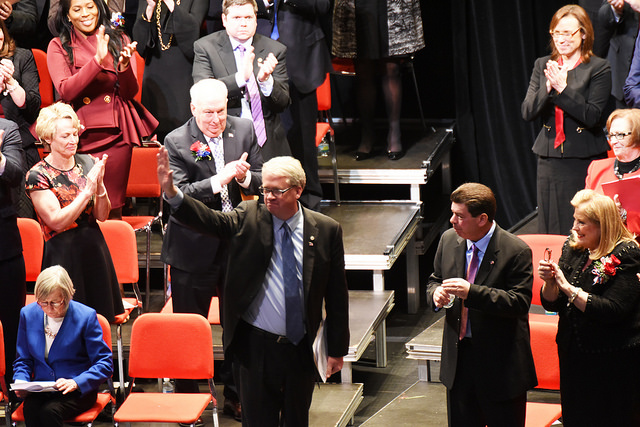 “I am so honored that Leader Durkin has provided this opportunity to continue to provide leadership for Western Illinois as well as helping to guide policy for all of Illinois,” said Rep. Hammond.  “Leader Durkin has been a powerful voice for righting our fiscal ship of state and I am humbled to be asked to be a part of his new Leadership Team for the 100th General Assembly.”

“Norine is a strong voice for her district, but also a strong voice within our caucus,” said Leader Durkin.  “She never waivers in her convictions and always provides a commonsense perspective to solving our state’s problems.  Norine is an outstanding leader within the General Assembly and I’m proud to have her as an integral part of our leadership team.”

Rep. Hammond has gained a reputation as a passionate advocate for agriculture, higher education and job creation in Illinois.  She attended Western Illinois University in Macomb and served as an Emmet Township Trustee and became Township Supervisor in 2006.  She served 14 years as Legislative Aide to the late Rep. Rich Myers before being appointed to fill his term in 2010.

Hammond encouraged residents of the 93rd district to contact her with questions or concerns on this or any other state issue. Hammond’s Macomb district office can be contacted at (309) 836-2707. Constituents can also visit her legislative website at www.norinehammond.org to sign up for her electronic newsletter.