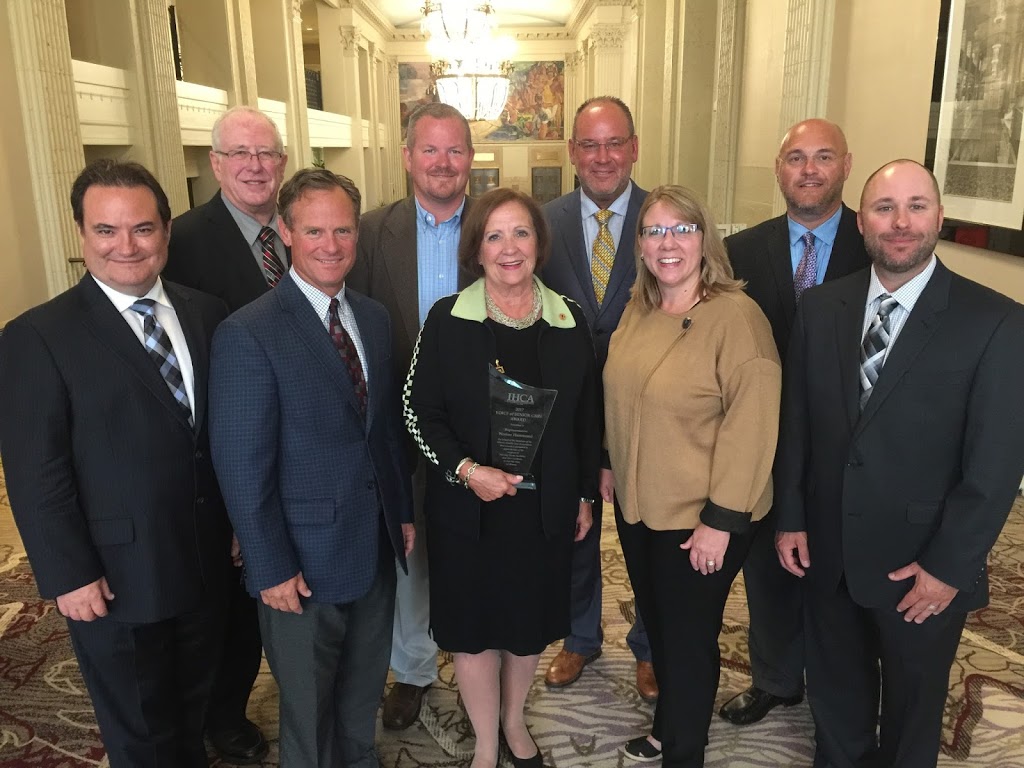 Representative Hammond is honored for her dedication to the facilities IHCA represent and the residents they serve. “Rep. Hammond’s tireless work on the issue of Medicaid eligibility determinations is legendary” said Matt Hartman, Vice President of Public Policy at IHCA.  “Not only does she have a staffer, deserving an award of their own, who devotes the vast majority of their time to this issue, the representative herself has had numerous meetings, calls and visits with providers in her district to help solve this issue.”

The Representative carried and passed into law HB2814 this year, a measure which gives greater oversight of the process to the Illinois Auditor General, which in turns creates greater accountability and the opportunity to force further legislative action to solve this endemic problem. Her leadership on this issue has led her to be a feared voice on the topic in the Capitol.

In addition to her efforts moving issues of importance to Illinois Health Care’s profession, the Representative was the sole voice of opposition to a bill that would have damaged the profession as a whole. By speaking up and asking the hard questions, Rep. Hammond helped defeat a dangerous bill.

The “Voice of Senior Care Award” is presented annually to deserving state legislators who support the mission of the Illinois Health Care Association.

The Illinois Health Care Association is a non-profit organization comprised of over 500 licensed and certified long term care facilities and programs throughout the state. Its members are comprised of proprietary and non-proprietary facilities which represent skilled, intermediate, developmentally disabled, skilled pediatric, assisted living and sheltered levels of care. IHCA seeks to promote the highest standard of services in facilities and programs for the elderly and physically and mentally challenged.