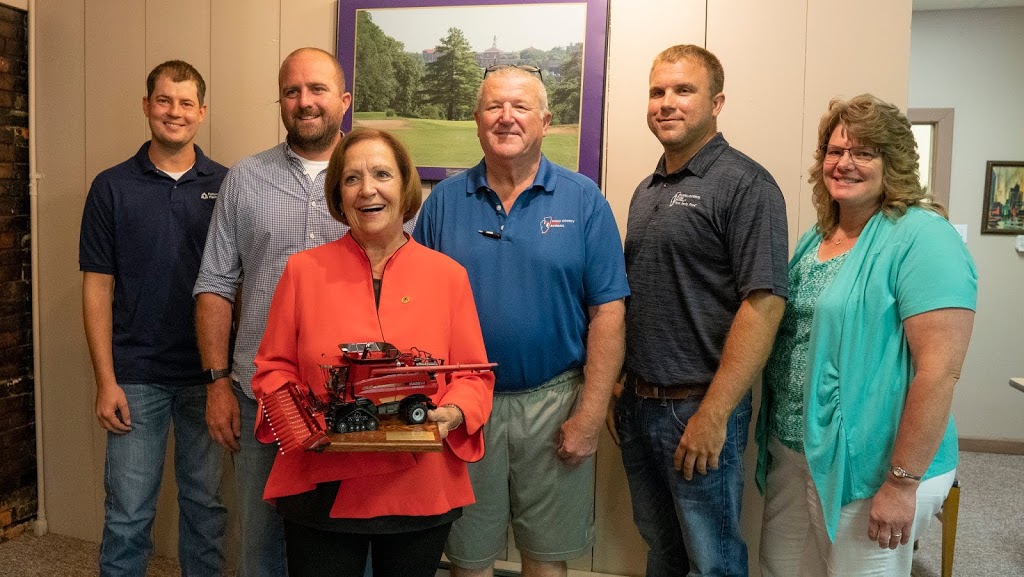 Assistant House Minority Leader Norine Hammond has received the “Friend of Agriculture” award from the Illinois Farm Bureau for her continued support of farmers, a safe food system, and a strong agricultural business environment. The award is given annually to legislators based on their voting record in the General Assembly, which shows their understand of the far-reaching benefits of Illinois’ agricultural products and the important role farmers play in providing quality food, fiber, and fuel.

Representative Hammond received the award on Tuesday at the Old Dairy Restaurant in Macomb. Members of ACTIVATOR, the political arm of the Illinois Farm Bureau, were in attendance and presented the legislator with a miniature replica of a grain harvester in appreciation for her advocacy on behalf of their organization.

“I consider it one of the highest honors as a legislator to have the respect of farmers,” Rep. Hammond said shortly before the award was presented. She added, “Agriculture is the state’s #1 industry and when it grows, we all benefit.”

Illinois is home to 72,200 farms, each averaging about 358 acres in size, which span nearly 27 million acres across the state. They generate more than $19 billion for Illinois’ economy annually.