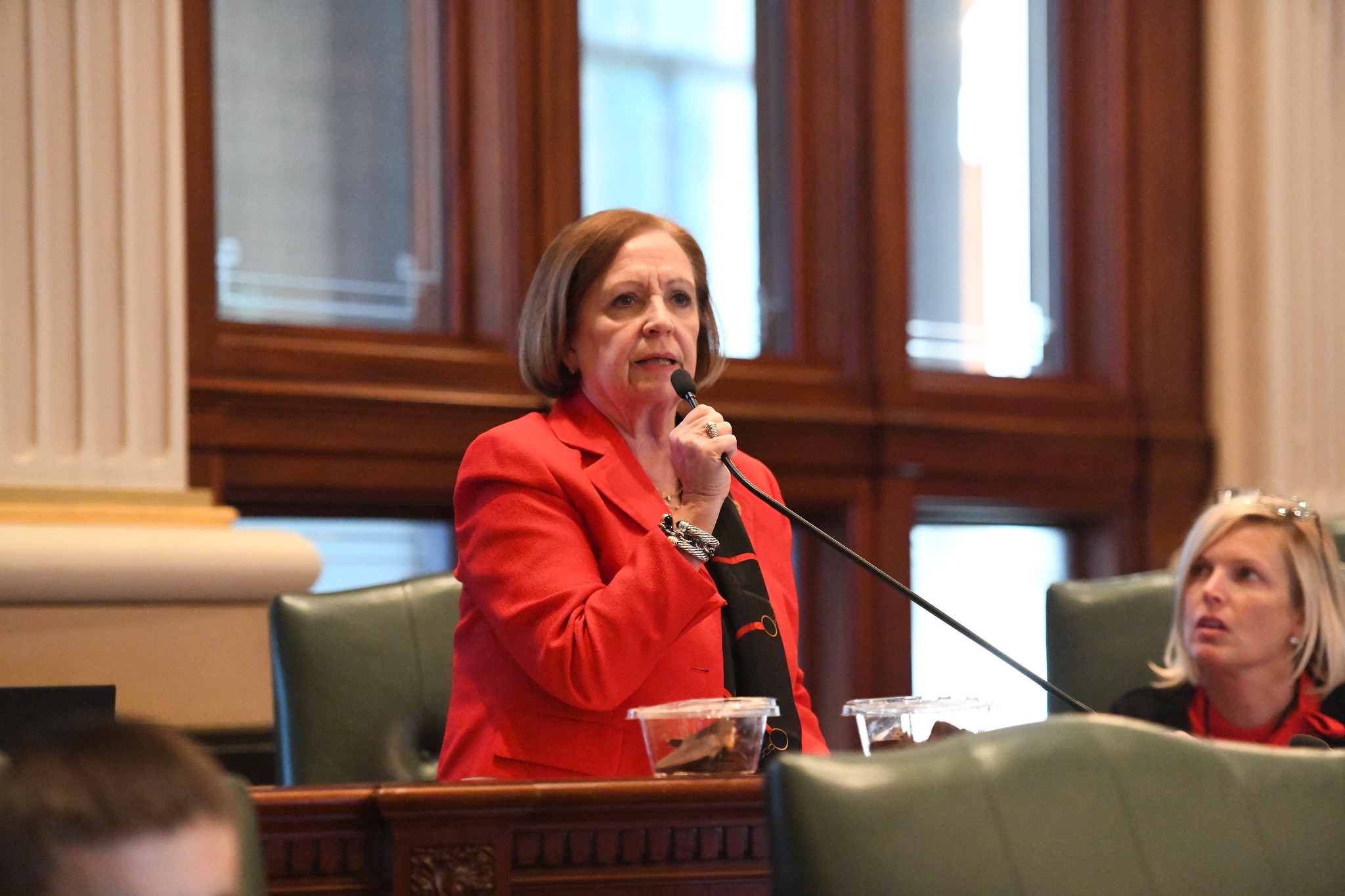 Macomb…Assistant House Minority Leader Norine K. Hammond (R-Macomb) is hoping to make drivers think twice before picking up their phone while driving. She has sponsored legislation in response to a case in her district that involved a texting driver who caused an accident where a man lost a limb. The man who was hit by the distracted driver suffered the loss of his leg and the driver who was breaking the law was only fined $75.

House Bill 2386 at the start of the 101st General Assembly by Representative Hammond. The legislation increases penalties for any person who uses an electronic communication device while operating a motor vehicle, and the violation results in an accident causing great bodily harm to any person. The consequence of this illegal action will be the suspension of a driver’s license for one year and a fine of $1,000, if Hammond’s bill becomes law.

Hammond stated, “Texting, and all forms of distracted driving can be deadly. It is my hope that the threat of an increased fine and a suspended driver’s license will make Illinoisans realize how serious the risk is when you don’t have your eyes on the road. If you text and drive and injure someone, by causing bodily harm, you will have to pay a price for your decision. It’s my intent to make people think twice before they pick up their phone.”

House Bill 2386 passed out of committee and now awaits a vote in the House.