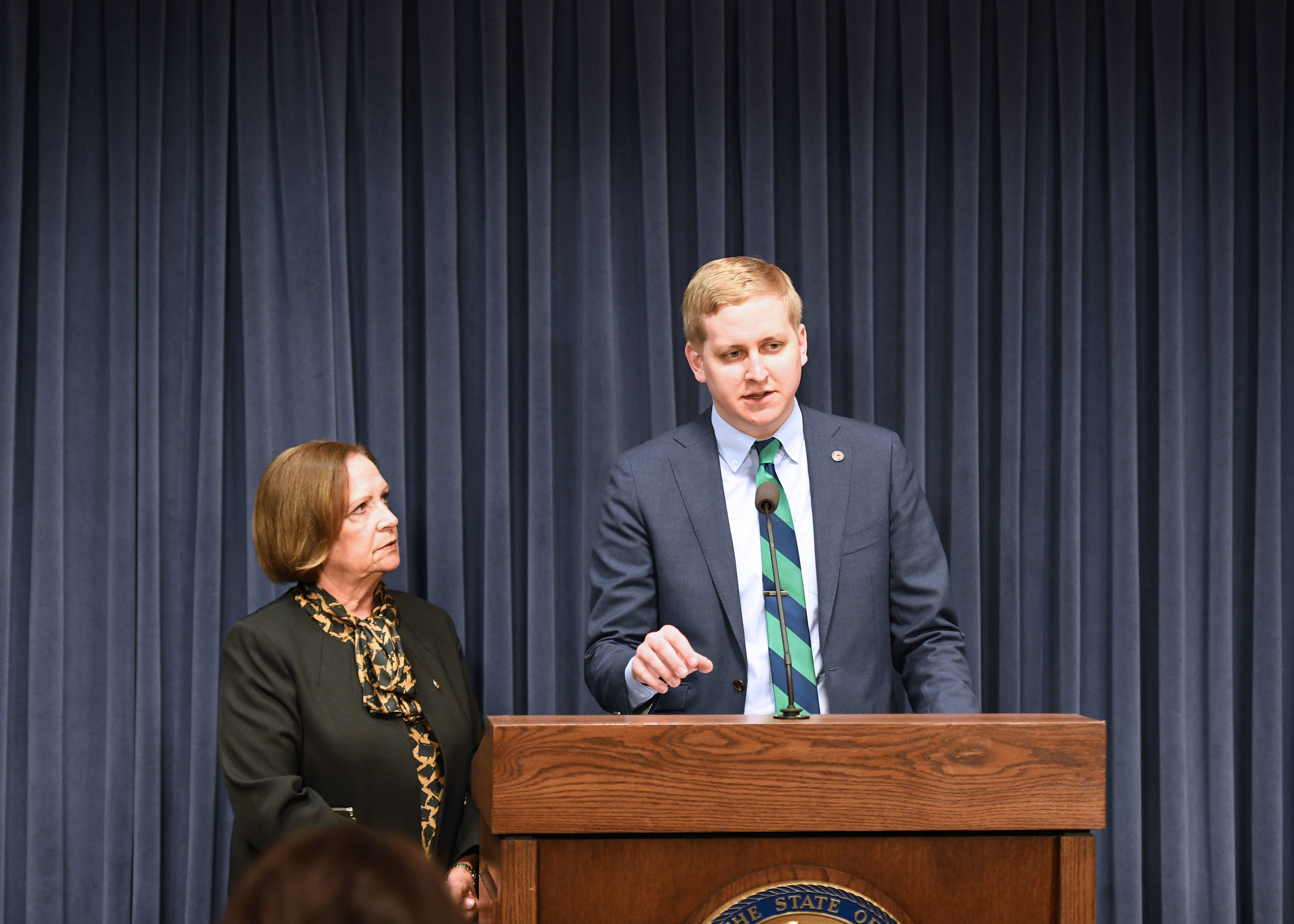 Springfield, IL… State Representatives Norine Hammond (R-Macomb) and Tom Demmer (R-Dixon) today called attention to the heavy handed tactics Governor Pritzker has used to handle dissent from pending board appointees. Hammond and Demmer spoke out against the public actions taken against board members who act against his wishes.

“Board members need to know they have the ability to do their job and make tough decisions without fear of reprisal from the Governor’s Office,” said Hammond, who represents Western Illinois University, whose board members remain unconfirmed in the Senate.

Governor Pritzker withdrew the nominations of Julie Hamos and Michael Geldner to the Illinois Health Facilities and Services Review Board after they voted against delaying the closure of Westlake Hospital. The board vote was unanimous, but because Hamos and Geldner’s appointments were not yet confirmed, Governor Pritzker was able to take retributive action. Pritzker also recently removed two members from the Teacher’s Retirement System Board. Both men had raised opposition to the Governor’s controversial decision to shortchange the pension systems.

“The Governor’s decision to rescind the appointments of two qualified candidates can only be seen as an act of political retribution,” Rep. Demmer said. “The Governor is able to make appointments as he sees fit, but they are not meant to be rubber stamps for the Governor. Pending nominees should be qualified individuals who can make decisions independent of fear of their nomination status.”

There are over 150 appointments still pending in the Senate with just 14 days left in session. Many of these will likely not be dealt with before the end of session, leaving these tenuously appointed members on uncertain grounds.

“The issue is not just the Senate’s inaction, it is the Governor’s public actions to withdraw nominations based on a single decision,” Hammond continued. “As a result, I have a tough time believing the Western Illinois board will be able to operate independently and for the betterment of University, not the Governor’s office.”