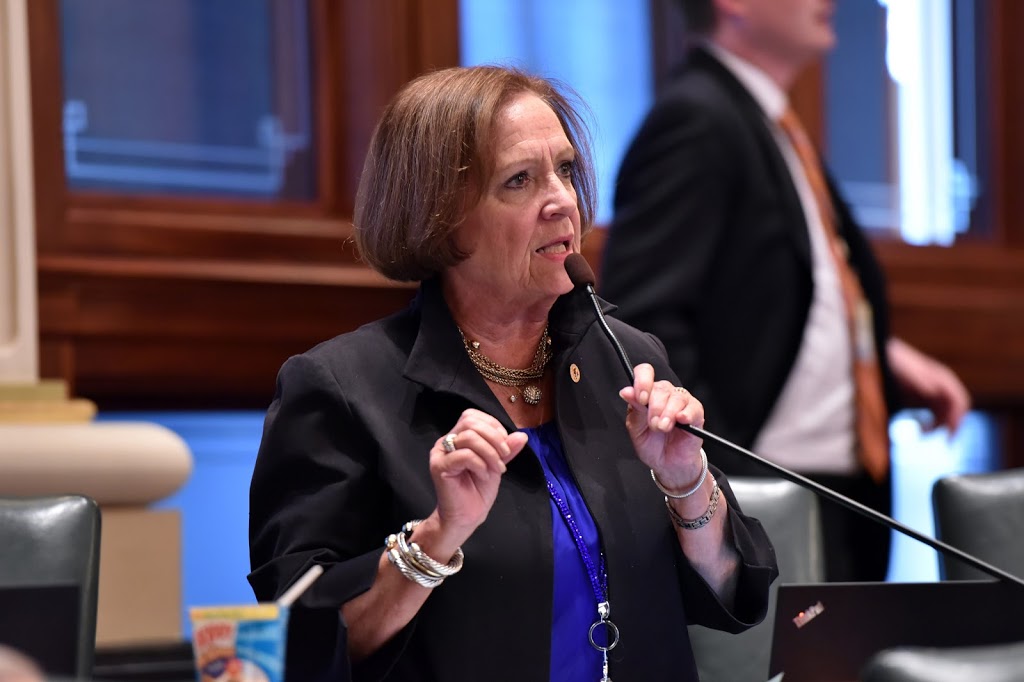 In response to a sharp increase in instances where police, first responders and roadside workers have been hit by oncoming vehicles while providing roadside assistance or doing their jobs, this year State Representative Norine Hammond (R-Macomb) co-sponsored a package of legislation that strengthens penalties for those who cause injuries to those working on Illinois roads. This week Governor JB Pritzker signed those bills into law.

SB 1862 enhances penalties for those found in violation of “Scott’s Law,” a measure that requires motorists to change lanes if possible and reduce speed when approaching a first responder’s or roadside worker’s vehicle displaying flashing lights. The new law increases criminal penalties for violations to the law and allows for fines of up to $10,000 for a violation. The law also provides for an up to one-year prison sentence if a motorist’s actions cause damage to another vehicle, or a multiple-year sentence if their actions cause a death. SB 2038 creates a task force to study the increase in Scott’s Law violations, and requires the Secretary of State to include a question about Scott’s Law on the written driver’s license exam.

“So far this year three Illinois State Troopers have been killed in the line of duty while out of their cars on Illinois roadways,” said Hammond. “Motorists need to move over and provide first responders and roadside workers with as much room as possible so they can do their jobs safely. By increasing the fines and criminal penalties, my hope is that drivers are more aware of their responsibilities as they approach vehicles with flashing lights on the road.” SB 1862 is dedicated to the memories of Lieutenant Scott Gillen, Trooper Brooke Jones-Story, and Trooper Christopher Lambert, who lost their lives while performing their job duties outside of their vehicles on Illinois roads.