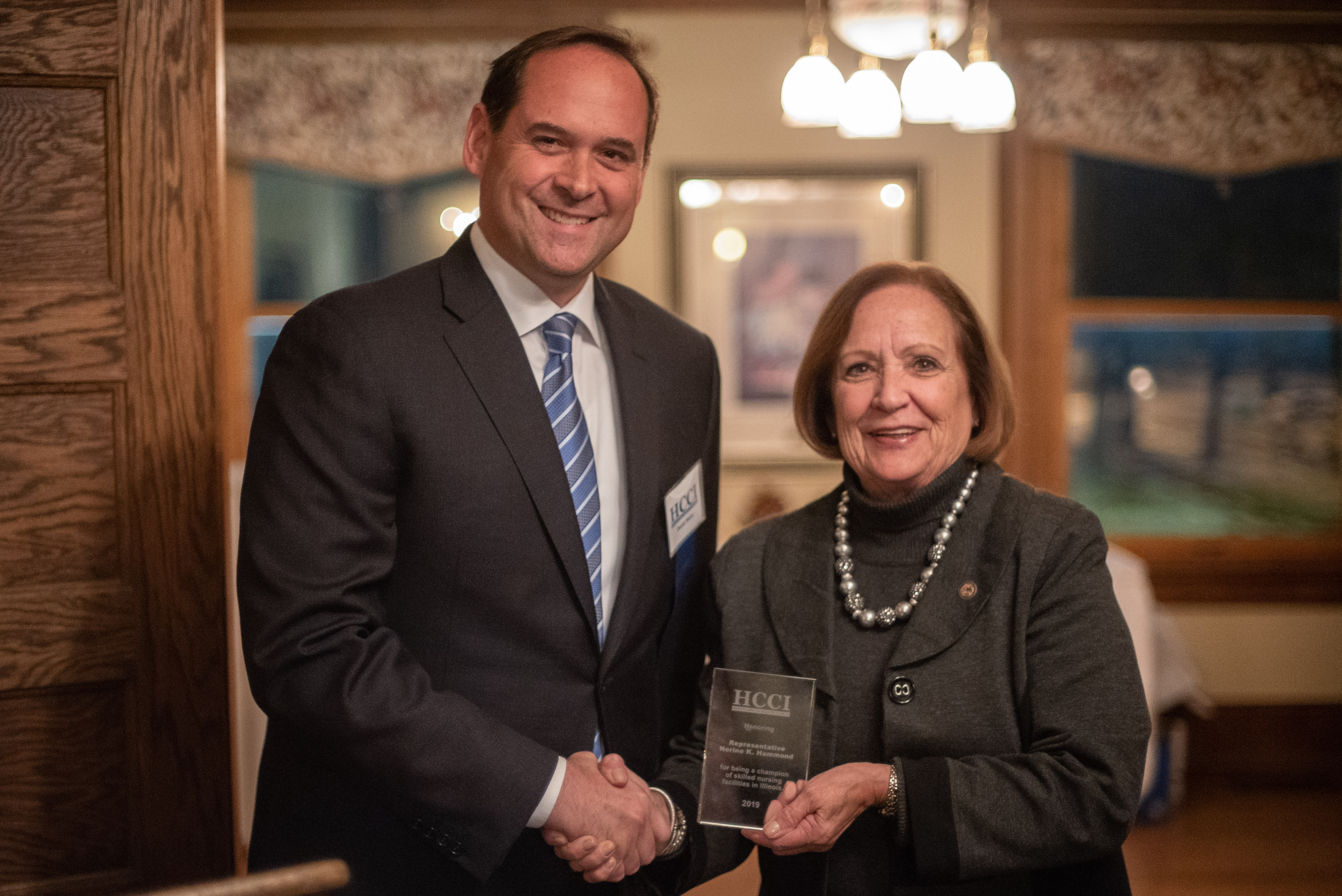 Macomb – Earlier this month, State Representative Norine Hammond (R-Macomb) was honored by the Health Care Council of Illinois (HCCI) for her work on behalf of senior citizens, especially those living in Illinois skilled nursing facilities. At an awards reception in Springfield, several legislators, including Rep Hammond, were given awards for being “champions of nursing home communities across the state.”

This past spring session, the General Assembly took up several issues that impacted skilled nursing facilities. Rep. Hammond played an important role in the passage of those initiatives. But her work doesn’t stop there. Hammond has helped shepherd these initiatives through the implementation process, as well.

“This past session the legislature increased funding for skilled nursing facility residents with Medicaid,” HCCI executive director Pat Comstock said. “The much-needed funding will increase the quality of life for our residents who paid their taxes, raised families and helped build this great state.”

“Many seniors across our state rely on nursing homes for their care,” said Rep. Hammond. “As your state representative, I have been committed to ensuring our area’s nursing home communities receive the state funding they need to properly care for our seniors. I’m honored to receive this award because advocating for our senior community is one of my top priorities in Springfield.”

In addition to the Medicaid rate increase, the General Assembly passed legislation that established a scholarship program for individuals from economically depressed areas to earn nursing decrees and work in skilled nursing facilities.