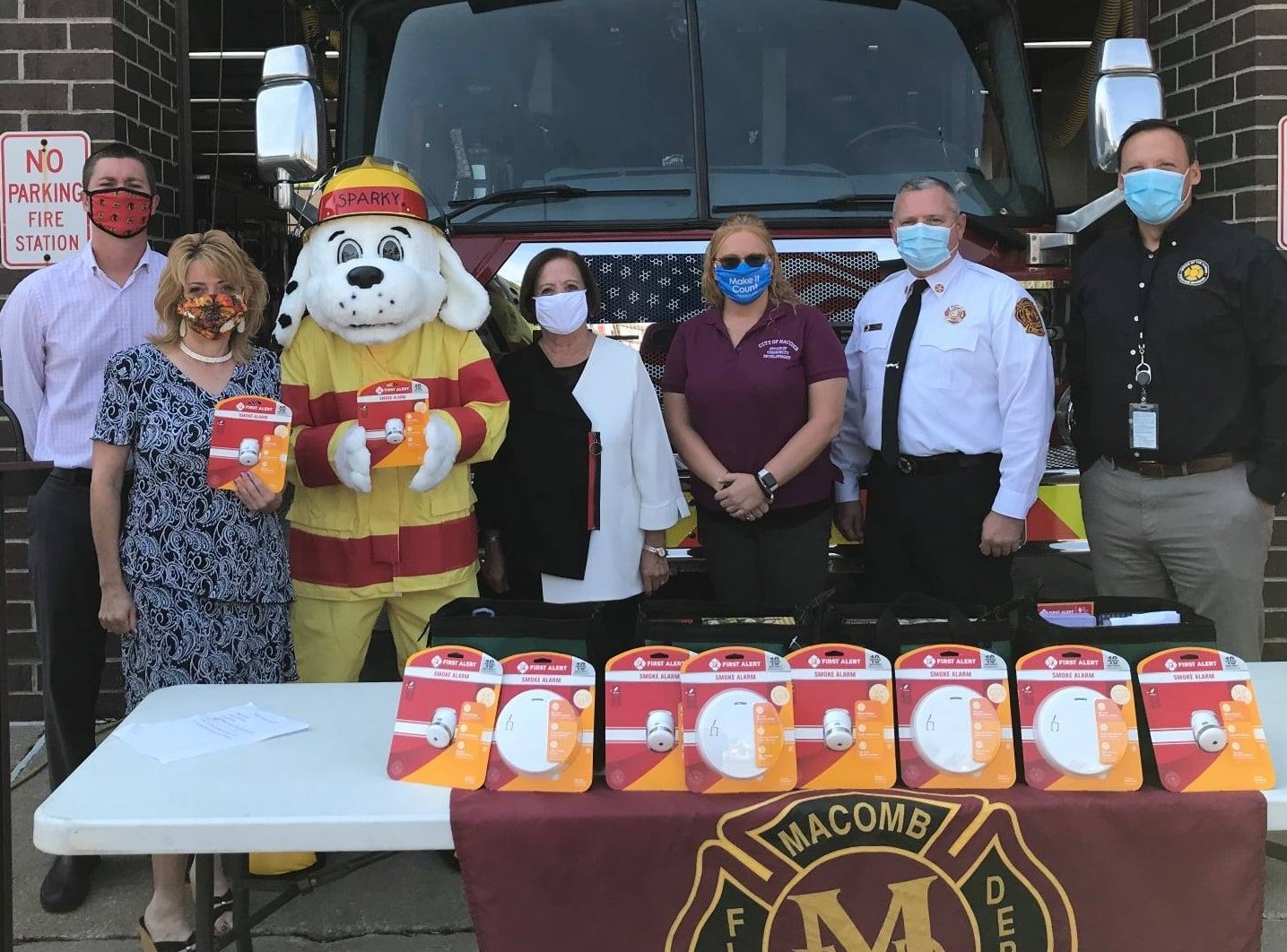 “In 2019, there were 91 residential fire deaths in Illinois and sadly nearly 70 percent of these deaths are occurring in homes without working smoke detectors,” said Illinois Fire Safety Alliance (IFSA) /IL Firefighters Association Government Affairs Director Margaret Vaughn. “We worked with the General Assembly to pass a law to address this horrific problem, by requiring Illinois residents to replace their old smoke detectors with the type that has a long term 10-year sealed battery by the end of 2022. This would apply to residents that are still using alarms with removable batteries or alarms are not hardwired.”

“Residential smoke detectors are not a new requirement. Since 1988, the Illinois Smoke Detector Act has required all dwellings to have smoke detectors, the new requirement just updates that law to reflect the changes in new technology, aimed at saving lives, while making it easier and more cost effective for Illinois residents to comply,” explained Rep. Norine Hammond, who helped get the new law passed.

“Nothing is more heartbreaking to respond to a fatal fire and find non-working smoke detectors in the home. While the number of fire deaths may have decreased in the past few decades, you are more likely to die in a residential fire than you were years ago. This is because the majority of these deaths are caused by smoke inhalation and not burns, which is why escape time so critical. The toxic gases that are emitted from the synthetic material in modern homes(as opposed to the more natural woods and fibers that were used in the past) contribute to this problem and flashover is occurring in as little as 3 minutes as opposed to almost 30 minutes a generation ago,” explained Macomb Fire Chief Rick Driskell.

College students don’t realize how quickly a fire can turn deadly. While on-campus as well as sororities and fraternities are required to have fire sprinklers, off-campus housing is not; and a working smoke detector can be the only thing that saves your life. It is especially important to create awareness during Fire Campus Safety Month as students are settling into the new academic year.” said Billie O’Bear, Rental Housing Inspector for the City of Macomb.

“With a long term 10-year battery alarm, there is no need for battery replacement; saving the average homeowner between $40-$60 in battery costs over the life of each alarm. At the end of the 10-year life cycle, the smoke alarm will automatically alert the homeowner to replace the alarm,” said Illinois Fire Safety Alliance (IFSA) Executive Director Phil Zaleski. He explained further, “while many people deactivate their older model smoke alarms or remove the batteries while cooking, the 10-year model is not a cooking nuisance and has a 15-minute silencer button. They are also very affordable with the current retail price being about $20.00. To avoid “false alarms” smoke detectors should not be placed within 15 feet of a stove or adjacent to bathrooms because of the humidity.”

“Fire does not discriminate and can happen at anytime, anywhere and to anyone. The Office of the State Fire Marshal is proud to support the Be Alarmed! Program, which continues to provide lifesaving education and smoke detectors to residence in Illinois. With each smoke detector installed, this reduces the risk for tragedy in our communities. We encourage everyone to check your smoke detectors in your homes and make sure they are working monthly. Replace expired or broken detectors with the new 10-year sealed battery ones,” said Illinois State Fire Marshal Matt Perez.

Illinois based First Alert is donating smoke alarms and the tools and equipment to install the alarms to the Macomb Fire Department to help reduce the number of fire related injuries to those in the community.

To learn more about protecting your family from smoke, fire and carbon monoxide, visit the IFSA website or the First Alert website.

ABOUT THE ILLINOIS FIRE SAFETY ALLIANCE: Since 1982, the Illinois Fire Safety Alliance (IFSA), a 501(c)(3) non-profit organization, has been bringing together persons and groups with common interest in fire safety, burn prevention, and public education, and to promote programs and disseminate information related to fire safety and burn prevention. The IFSA also hosts burn survivor support programs including the Young Adult Summit and Camp “I Am Me,” a unique week-long camp for children who have experienced severe burn injuries. Additional information on the Illinois Fire Safety Alliance can be found at www.IFSA.org.