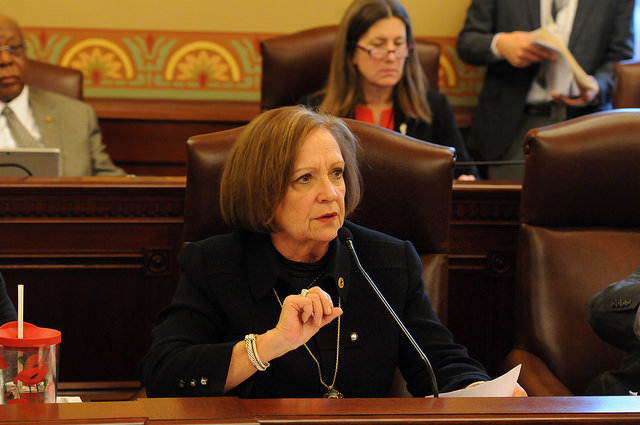 State Representative Norine Hammond has been reappointed as the Republican Spokesperson for the Consumer Protection Committee and the Human Services Committee in the Illinois House of Representatives.

“I’m pleased to once again serve as the ranking Republican on these important House committees for the 102nd General Assembly,” Rep. Hammond said. “Illinois faces many challenges, from the ongoing COVID-19 pandemic to the budgetary crisis and need for real reforms in Springfield. Now more than ever, access to quality, affordable health care, as well as protecting the safety net for our most vulnerable citizens, are critically important issues for Illinois families. I look forward to working with our committee members to address these challenges head on.”

State Representative Norine Hammond represents the 93rd District in the Illinois House of Representatives. As a life-long Illinois resident, Norine Hammond is honored to serve the residents of eight west-central counties, including all or part of the following: Knox, Fulton, Warren, McDonough, Schuyler, Cass, Brown, and Mason.