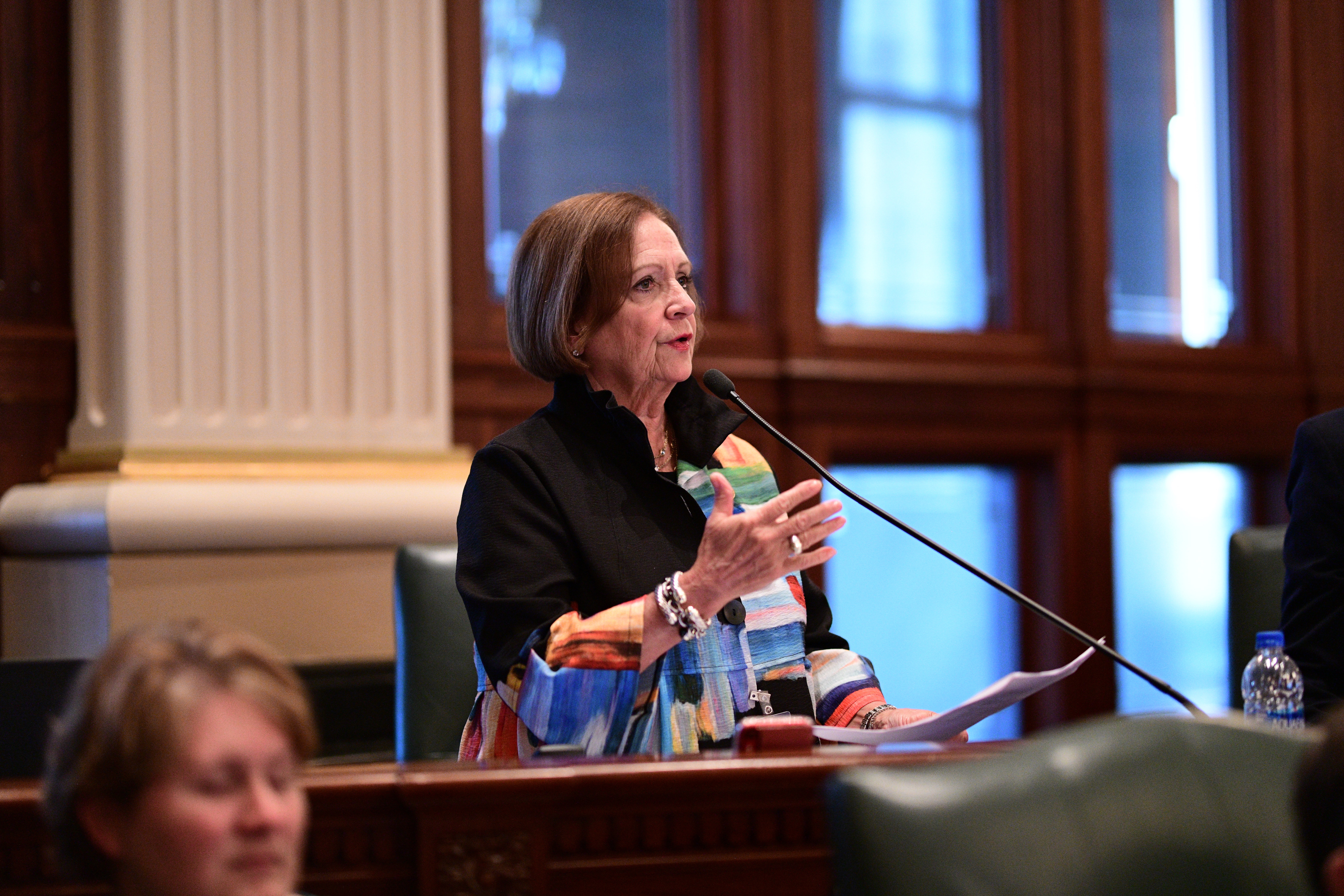 Hammond nominates McCombie for Speaker of the Illinois House

The inauguration of the Illinois House of Representatives for the 103rd General Assembly took place Wednesday at the University of Illinois-Springfield. Rep. Norine Hammond (R-Macomb) was sworn into office to represent the new 94th District in western Illinois.

“I want to thank the voters of the 94th District for electing me to represent their interests at the State Capitol,” Rep. Hammond said. “I am forever grateful for the trust placed in me by western Illinois families. It’s my honor to serve as your State Representative and I look forward to tackling the difficult challenges ahead.”

During Wednesday’s first session of the new General Assembly, Rep. Hammond rose to nominate Rep. Tony McCombie (R-Savanna) for Speaker of the House. With the Democratic supermajority choosing to re-elect Rep. Emanuel Chris Welch (D-Hillside) as Speaker, Rep. McCombie was elected to serve as the House (Republican) Minority Leader.

“I was honored to nominate my good friend Tony McCombie for Speaker of the House,” Rep. Hammond said. “Tony and I have much in common, from our border districts along the Mississippi River to our time as seatmates on the floor of the House We share the same hopes and concerns for our great state and for families across Illinois. I’m proud to have been a part of this history-making vote to elect the first female legislative leader of the Illinois House.”

“Norine Hammond has been my friend, seatmate and trusted partner during our time together in the Illinois House of Representatives,” said Leader McCombie. “Her exemplary leadership, dedicated service, and commonsense approach to governing makes her an outstanding choice for my Leadership team. I look forward to working with Norine to protect Illinois families, improve our economy, and put an end to the culture of corruption in Springfield.”